Juvenile scoliosis is an idiopathic scoliosis that affects children between the ages of 4 and 10. Like other types of scoliosis it is characterised by an abnormal sideways S or C curve of the spine.

Juvenile scoliosis is an idiopathic scoliosis that affects children between the ages of 4 and 10. Like other types of scoliosis it is characterised by an abnormal sideways S or C curve of the spine. Juvenile scoliosis is more often seen in girls than boys. In children between the ages of 4 to 6 years the rate is fairly equal between the two sexes. However between the ages of 6 to 10 years the rate is much higher among girls. It is seen more frequently than infantile idiopathic scoliosis, but it is less common than adolescent idiopathic scoliosis. Curves tend to bend to the right in children with juvenile scoliosis, however left curves tend to have a better prognosis.
Children with juvenile scoliosis generally have a high risk of progression of their curve. Seven out of ten children with this condition will worsen and require active treatment. Juvenile curves almost never resolve spontaneously. They usually require bracing, and many will go on to require surgery.

The exact cause of juvenile scoliosis is unknown hence its classification as an “idiopathic” scoliosis. Idiopathic literally meaning “of unknown cause”. However the juvenile form has similar clinical features to adolescent scoliosis and the two conditions actually have a number of the same proposed causes. This has also led to juvenile idiopathic scoliosis sometime being referred to as “early onset adolescent idiopathic scoliosis”.

The most widely accepted theory about the development of juvenile and adolescent scoliosis is one involving genetic inheritance. These types of idiopathic scoliosis are often seen occurring in many members of a single family. Many scientists believe that a set of genes that cause scoliosis may be inherited. However, because the incidence of scoliosis does not occur in a traditional dominant pattern (i.e. not every child of parents who had scoliosis develops the condition, and vice versa), not everyone expresses these genes to the same extent. Research at several institutions has uncovered several different genes on that appear to be associated with scoliosis and genetic tests that can identify these genes are currently being trialed

How is juvenile scoliosis diagnosed?

Juvenile idiopathic scoliosis is usually first suspected by the parents of a child, who may notice a rib hump, or uneven shoulders or hips. Examination by a health professional can also discover a juvenile scoliosis. A common test used to screen for scoliosis is called the “Adams forward bending test”.

In this test the child or adolescent bends forward at the waist until the spine is parallel with the floor, while the examiner observes the shape of the spine as it bends. The main feature alerting the examiner to a scoliosis is the presence of a rib hump where the ribs on one side protrude more compared to the other side when bent forward. A special instrument that looks similar to a spirit level called a scoliometer can be used to measure the extent of the humping. In some cases the scoliosis is not in the upper part of the torso but in the lower back. Therefore screening should also consist of examination of the whole upright posture as well as the Adams test.

Mild scoliosis does not usually cause significant back pain in children. However some discomfort and stiffness is not uncommon. If a scoliosis is suspected a thorough neurologic exam and MRI should always be carried out to ensure that the scoliosis is not the result of a neurological condition and that the spinal cord is not being affected by another disease. Even with an MRI it is still normal for x-rays to be taken. Unlike MRI, x-ray give clear images of the bones and allow for more precise measurements of the curvature. 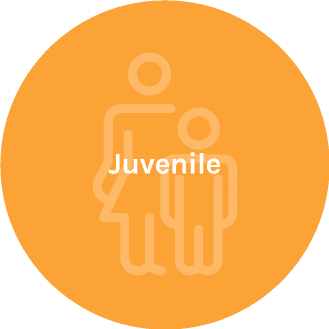 We have many products available to help you providing holistic treatments for your scoliosis patients.
Our products
ScoliRoll
Foot Orthotics

Are you a patient/parent?

Visit our patient/parent site for everything you need to know about scoliosis and how we can help support you.
Visit our parent site